The Deutsche Gesellschaft für Geschichte der Nervenheilkunde (DGGN) [German Society for the History of Neurosciences] was founded in Würzburg in 1989. In accordance with its statutes, it engages exclusively in charitable pursuits in line with the German fiscal code. Historically interested scholars from different fields of the neurosciences and from the history of medicine work together at the DGGN.

The founding members based in Würzburg included (in alphabetical order):

The aim of the Society is to promote scientific research and assess history of psychiatry and neurology, of psychotherapy, neurosurgery, neuroradiology, neuroanatomy and neuropathology, medical psychology and all other neurological subjects. These objectives are attained by promoting scientific research and education, by organizing congresses and by creating its own publication organ.

The Schriftenreihe [series of papers] published by the DGGN, in which conference papers and other works are collected, has been issued annually since 1996. Most recently, Volume 28 (2022) was published.

As of 2011, the journal Nervenheilkunde [Neurosciences] published by Schattauer-Verlag, functions as the official organ of the German Society for the History of Neurology (DGGN). Members have free access to the online edition of the journal.

At present, the membership fee is €50 per year. Members receive a complimentary copy of the published series and are charged a reduced conference fee at the annual conferences.The Society currently has approximately 150 members. At the conferences, which are held annually in different locations, 20 to 30 papers are usually presented to 120 participants. 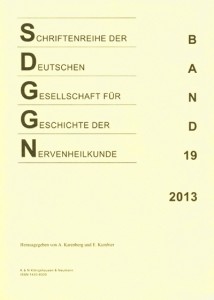 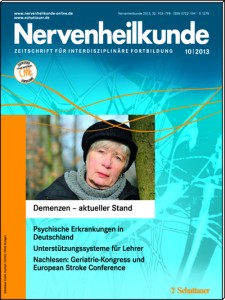